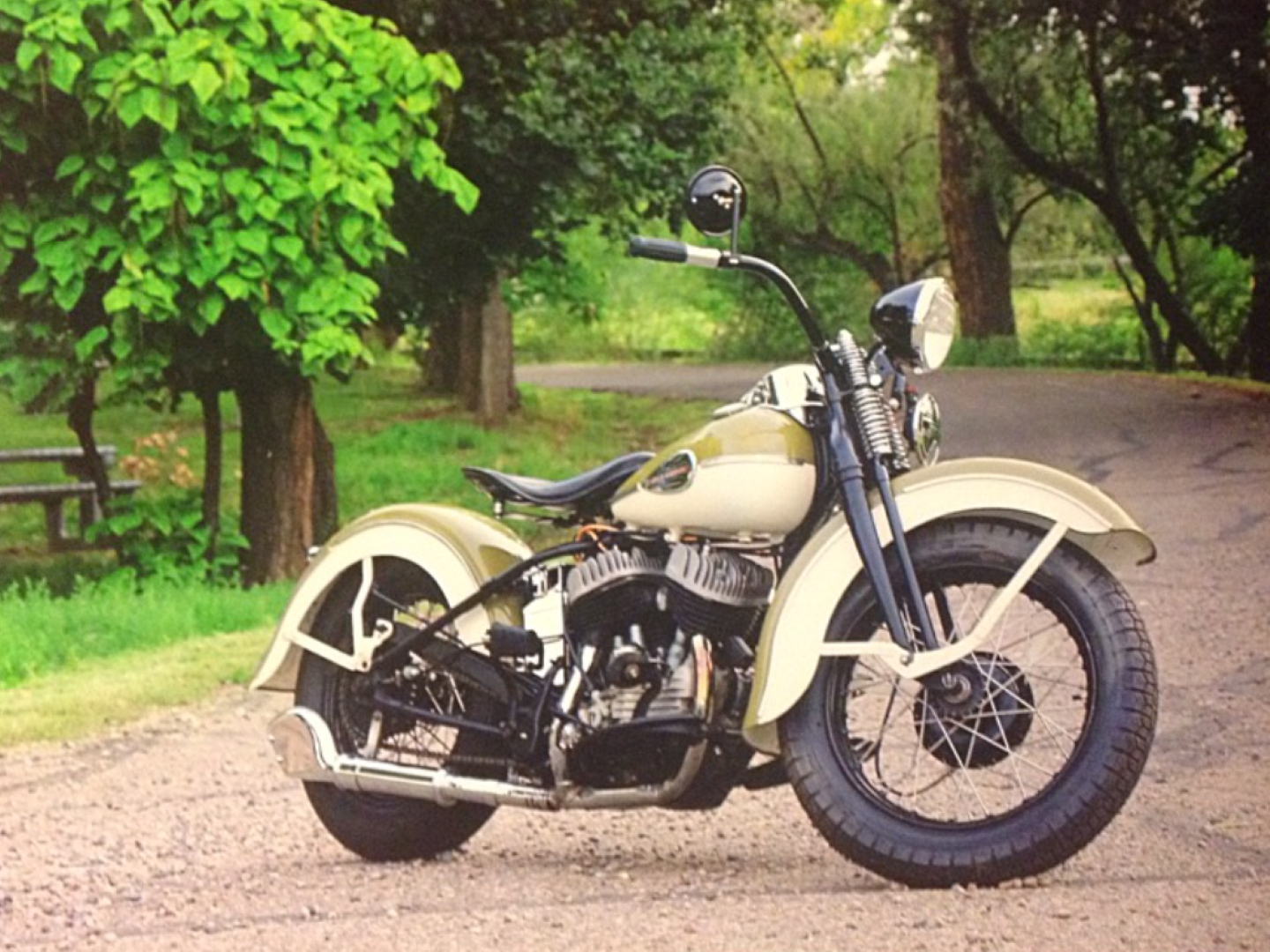 Jeff disassembled, cleaned and painted the parts. It was brought to HHC to complete the restoration and re-assembly.

This bike is shown here with three generation of the Horvat family aboard it. The above series of pictures are from the first assembly of the bike in the early 1960's. The pile of parts, the completed bike, Jeff's Grandfather, Jeff's Father and Jeff on the bike. Jeff disassembled, cleaned and painted the parts. It was brought to HHC to complete the restoration and re-assembly. 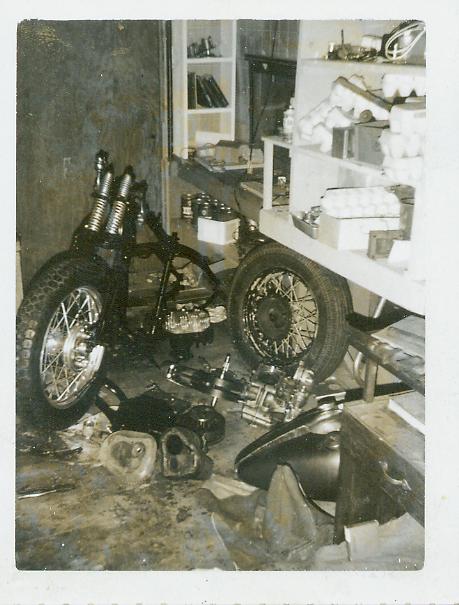 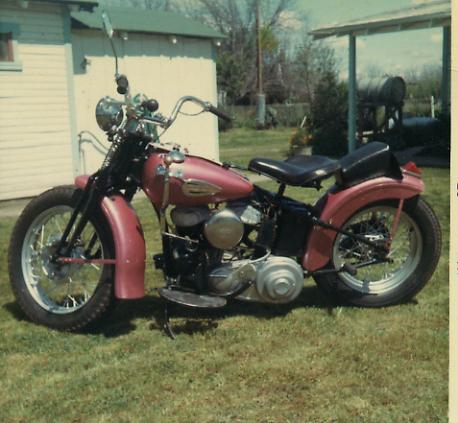 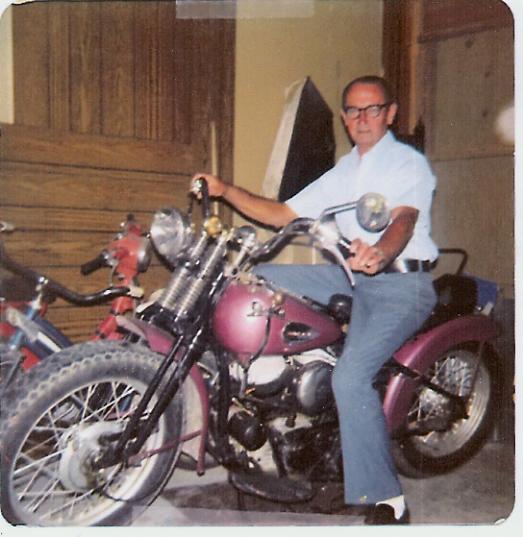 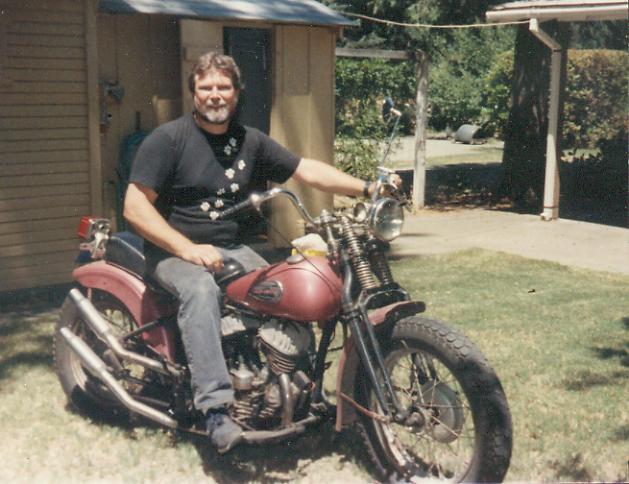 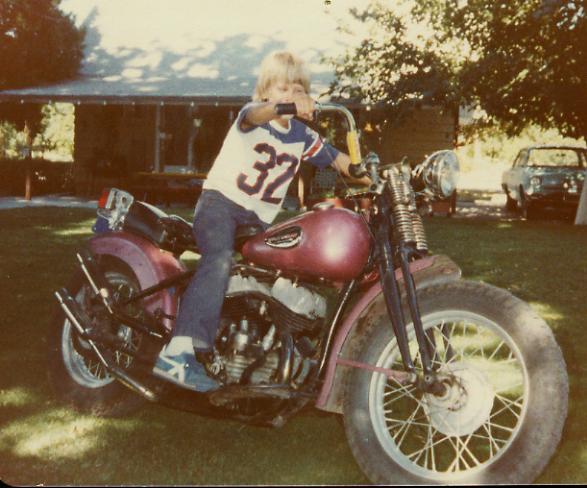 This was the start of the project that Jeff Horvat first presented HHC. He brought in the rims and hubs painted. He wanted black spokes but we had to settle on stainless because that is all thant can be found for the unique 45 Solo 18" front wheel. In the manual that I had for the 45 Solo, it did not specify an offset for the front wheel only stating to reference another existing laced wheel ... where do I find this? I laced both wheels and trued them. Once the wheels where installed on the bike it was found the the offset for the front wheel was way off. After some searching, I found the correct offset number in another manual. 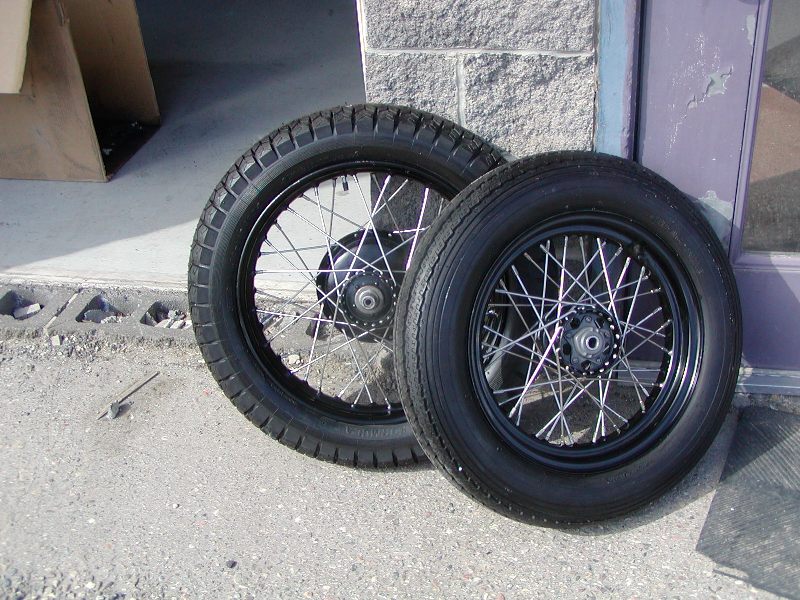 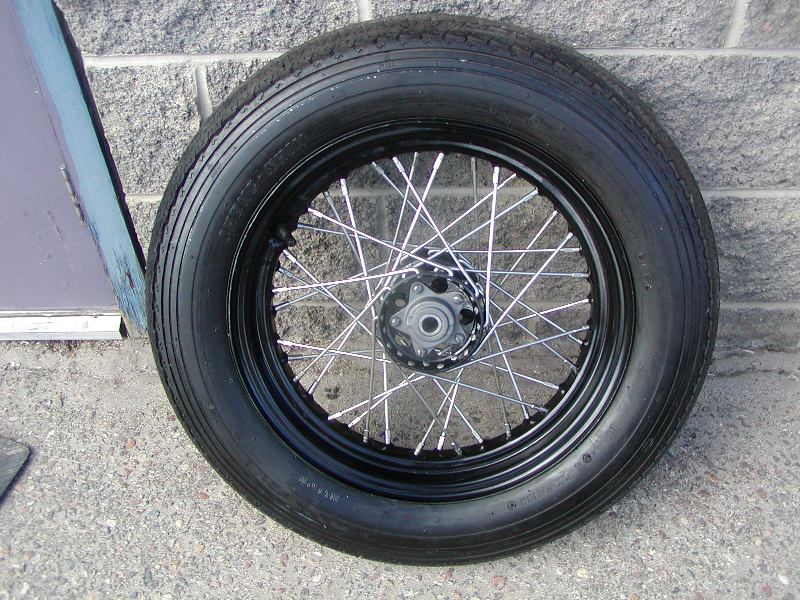 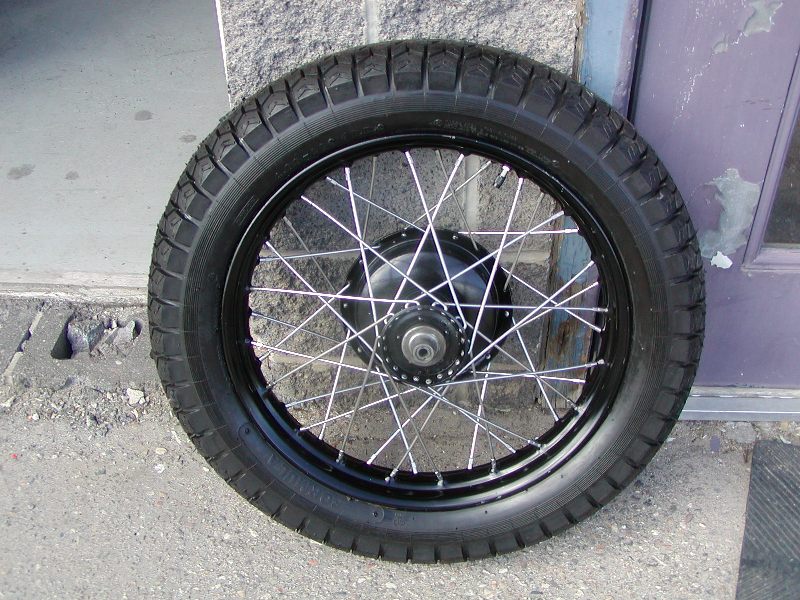 The engine was not completely disassmebled and only a top end rebuild done. The cylinder were hone and new rings installed. The valves and valve seats freshened up. The cylinders are painted with a flat black high temp paint and heads bead blasted to bring out the aluminum. 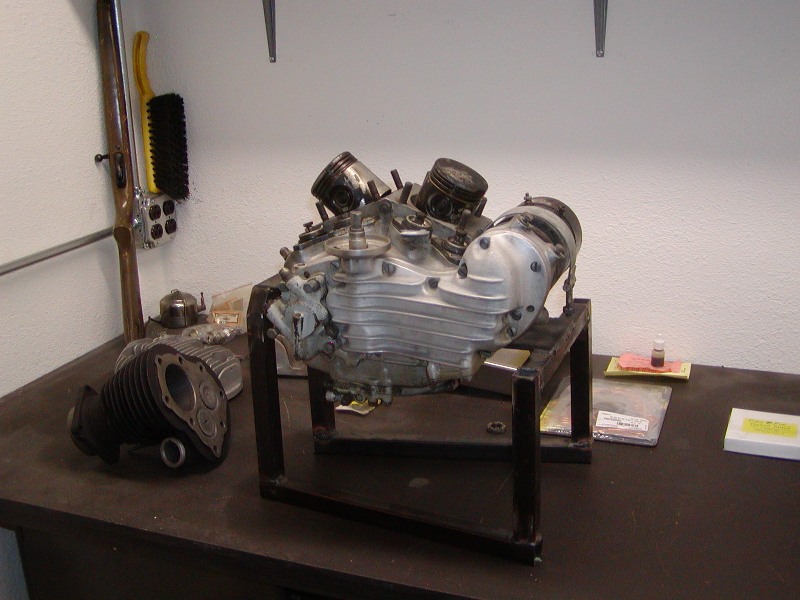 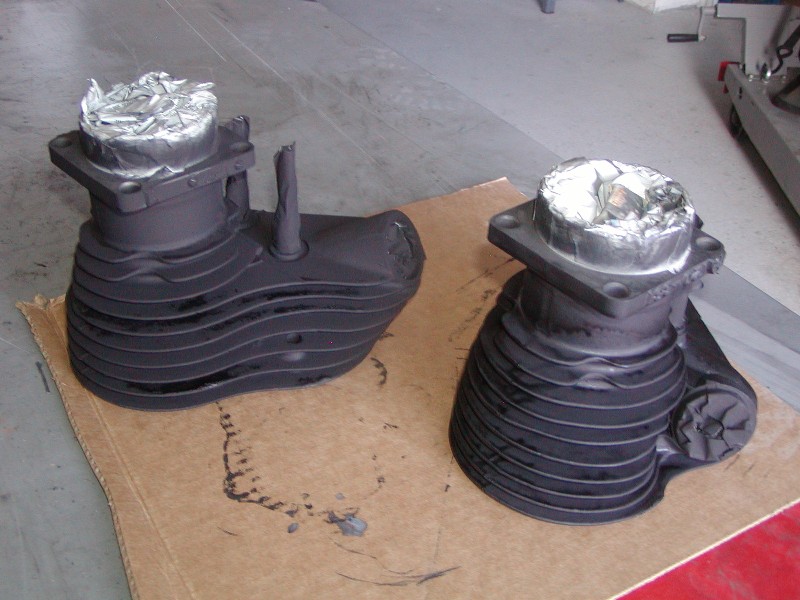 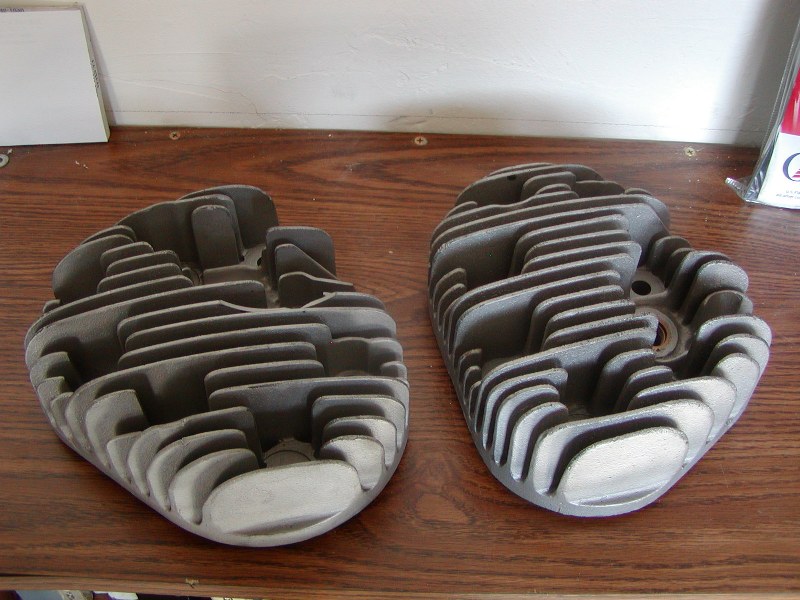 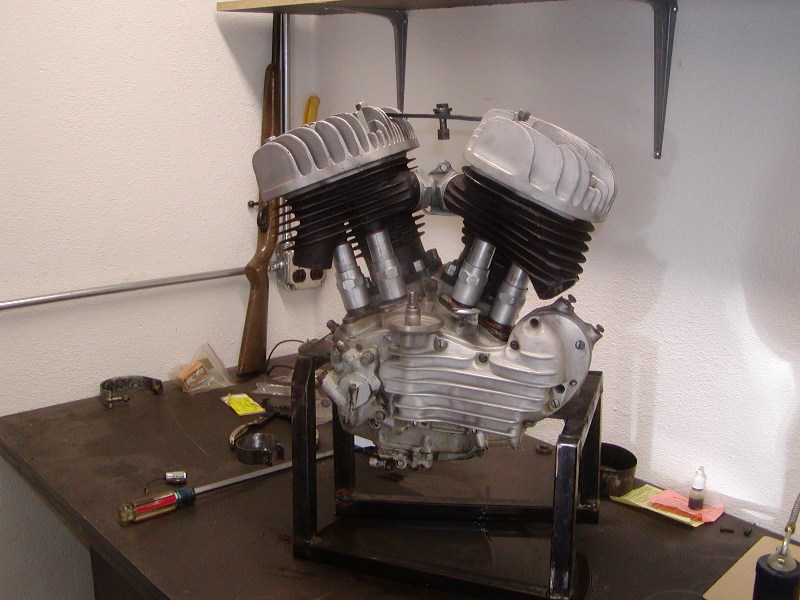 The springer front end was rebuilt with new springs and all new bushings fitted in the rockers. The front end was then fitted to the frame, neck bearings adjusted and wheels mounted. We now have a rolling chassis to work with. When mounting the front wheel it was found that the front brake backing plate had some real issues. A complete disassembely, repaired and reassemble to factory design. 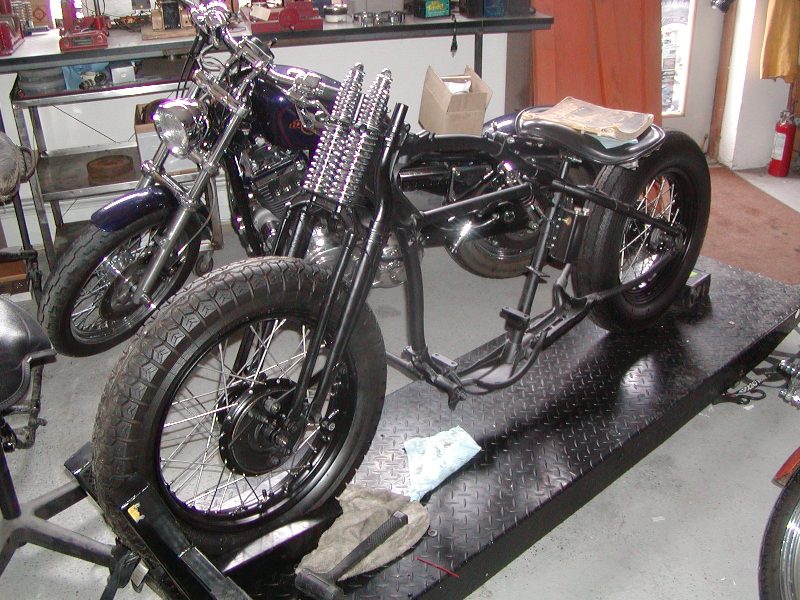 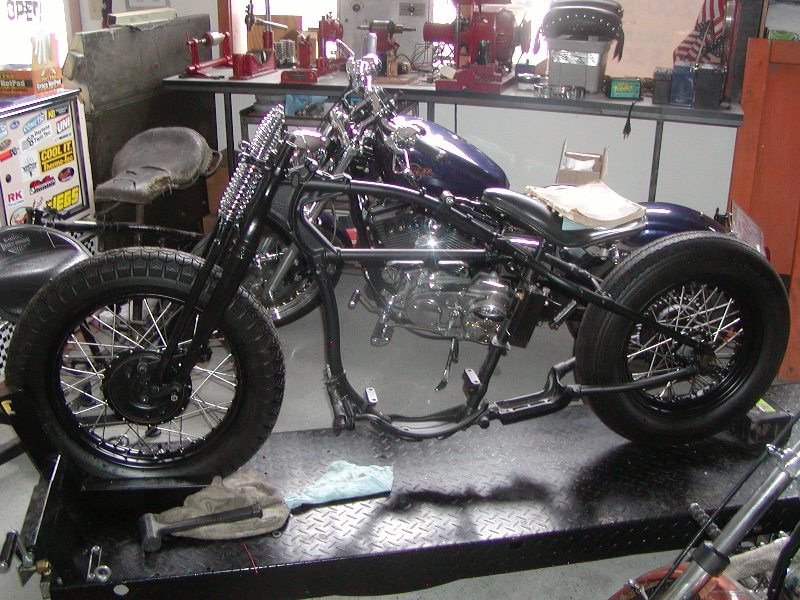 A little break in the action because of summer service work but the fall of 2010 brought a new focus on this project. Here we installed the engine and tranny but had a small setback on the rear wheel. Prior modifications to the rear axle stays to install a heavier rear axle, the rear axle stays needed to be repaired. This took some time to understand the geometry changes and where the repairs should be made to the frame stay. 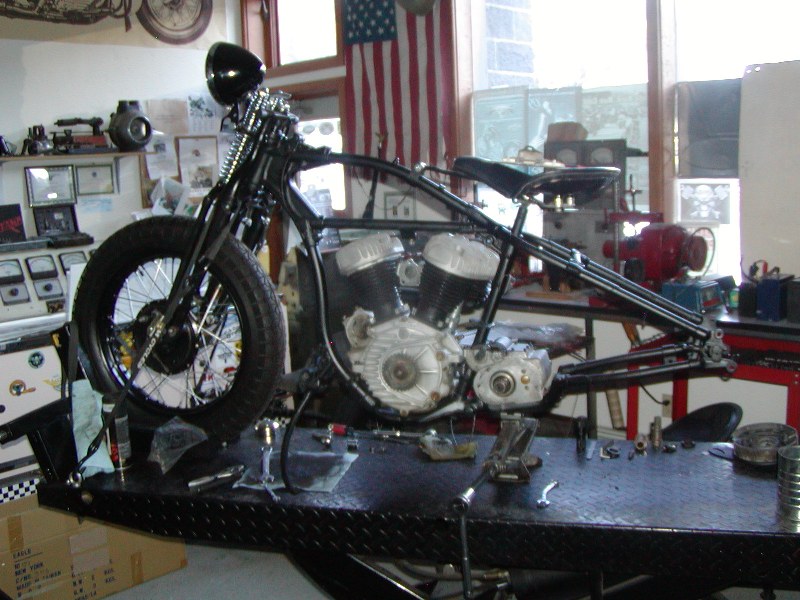 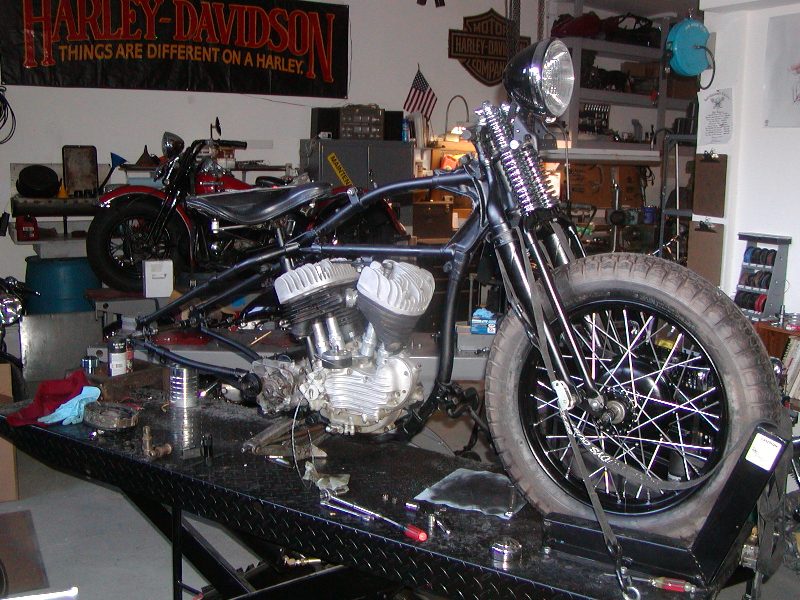 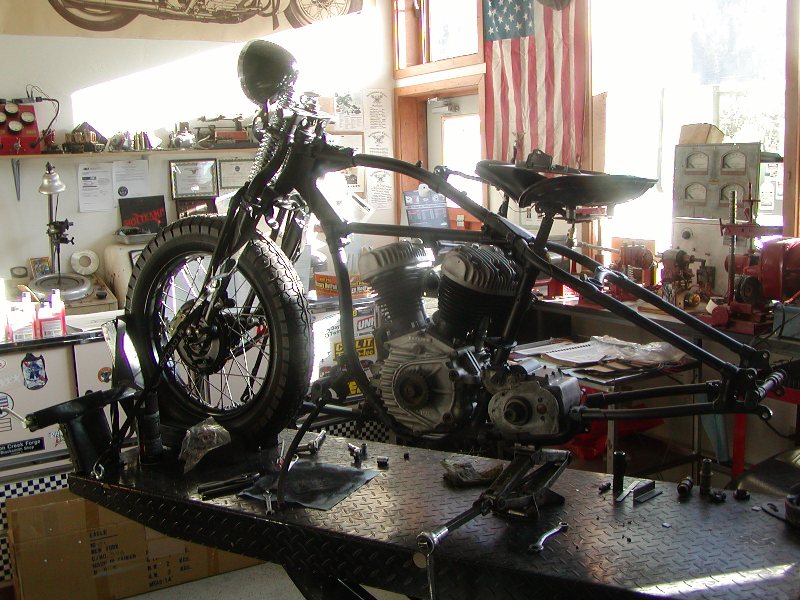 The month of January was very eventful in the progress of the bike. The rear wheel got mounted in the frame to make a rolling chassis. The primary drive was assembled, floor boards attached, foot clutch installed with a new pivot bushing machined by Skunk Werks Machining. The generator was placed in the engine and shimmed to give the proper gear lash. The rebuilt Linkart carburetor was installed onto the engine and the ignition coil mounted to the bike. Original style handlebars were purchased as a complete ready to install unit but HHC found a few problems. Because the cable housing were made for a wide variety of Harley’s they were too long for this bike. As I started disassembling the bars, I found two other issues. The throttle side roller ring was missing and the timing side end cap was cross threading. 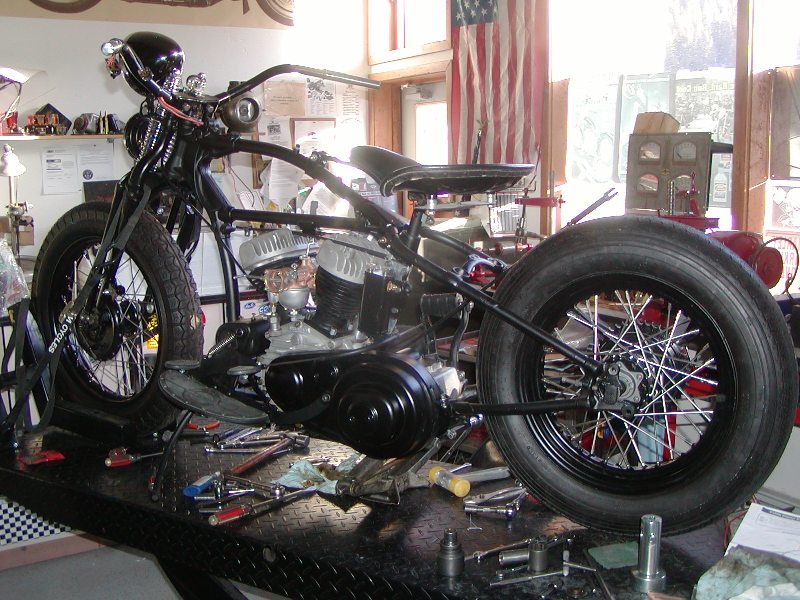 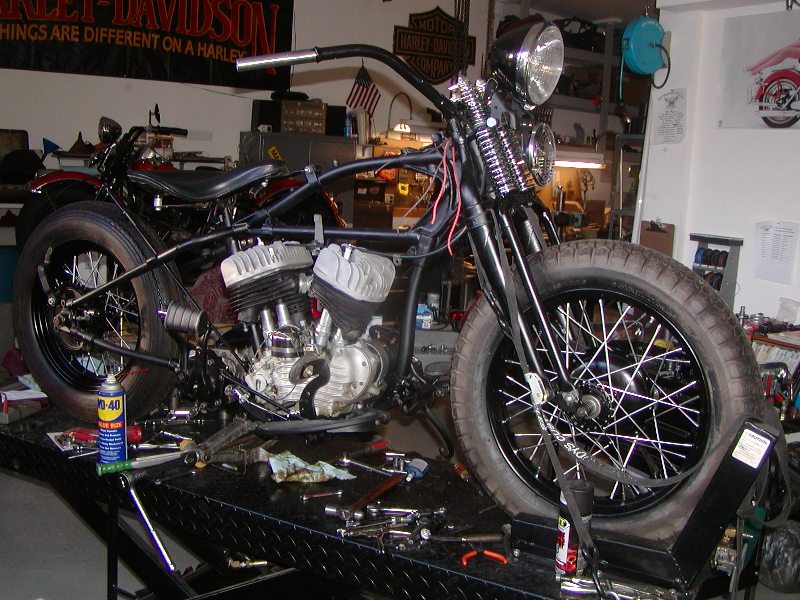 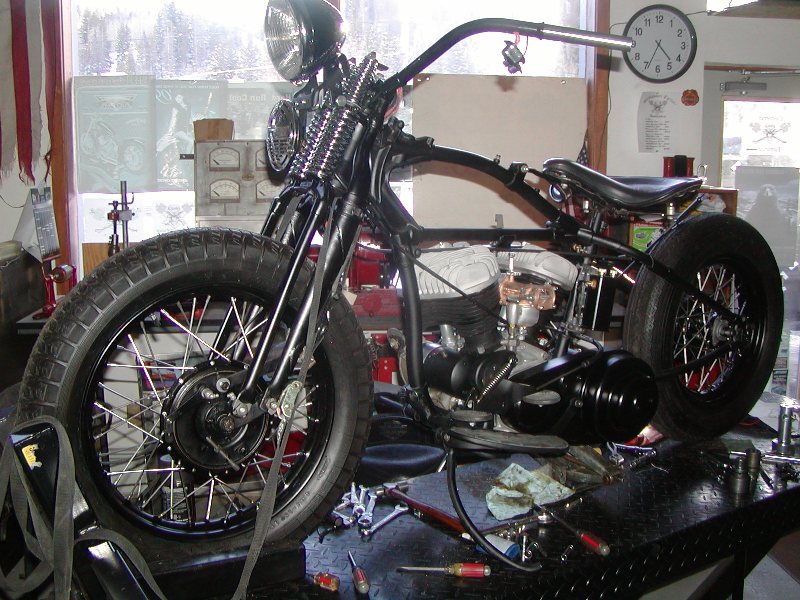